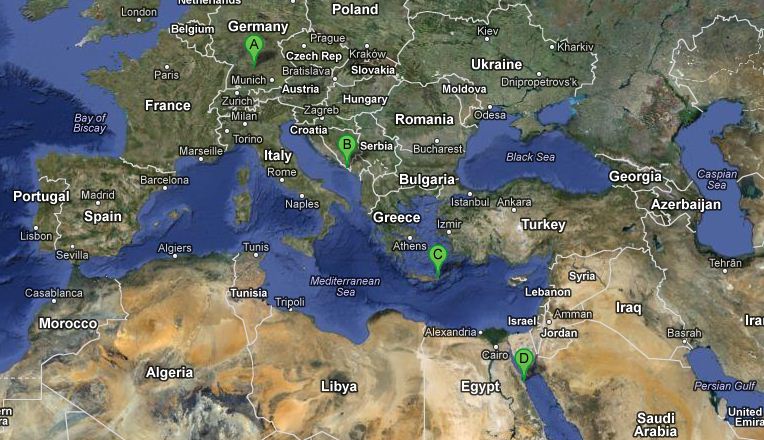 Not considering reserves, our aircraft has a safe endurance of 7 hours. The great-circle distance between our departure aerodrome Heubach (EDTH) and the destination El Gouna is 1700 nautical miles (3100 km). A great-circle is the shortest distance between two points on a sphere and is not the same as a straight line on a map but is – as its name implies – curved. When flying between North America and Europe you are familiar with the the at first sight odd routing. The distance would theoretically only require one stop but one obviously needs to have some reserves, it is not always possible to fly direct and there can be a head wind. This means two stops. The countries flown over for this trip are Germany, Austria, Slovenia, Croatia, Albania, Greece and Egypt.

As the first stopover, Croatia is ideal due to its great infrastructure and low fuel prices. In the very south of Croatia is Dubrovnik (LDDU) which from a pilot's point of view can be considered the last airport in the "civilized" world. In Dubrovnik, we are going to fill our jerry cans to benefit from the lower fuel price and not have to carry the additional weight over the Alps. The next stopover will be Greece and it's important to be as close to the destination as possible as it is very hard to come by fuel in Egypt. One also wants to minimize the distance over the ocean when flying a single engine airplane. The very east of Crete matches all those criteria and there is a good airport called Sitia (LGST), although with impractical opening hours. One can not freely chose the airports as we need to refuel (already a major pain in Greece) and pass immigration and customs – both in Croatia and Greece as we're leaving and entering the Schengen Area. Port of entry to Egypt will be Port Said (HEPS), then we will continue onwards to our destination El Gouna (HEGO).

We've scheduled the onwards trip with a very comfortable 3 days and only one leg per day with 4 hours of flight. This will remove the stress and give us additional flexibility to deal with unexpected issues. The return trip is planned for only 2 days by combining the legs from Sitia to Dubrovnik and on to Heubach into a single day. With Dubrovnik, we are confident that the fuel stop will be handled efficiently and we will make it to Heubach until 17:30 local time (sunset).

Now a few details on our legs, each with the planned IFR routing and its distance. The flight duration chiefly depends on the wind, which can only be reliably forecast shortly before departure. The distances given are larger than the direct distances as the IFR routes are not always ideal. In reality one usually receives shortcuts (directs) when airborne. However, the more south one gets, the rarer the shortcuts become and when doing the planning, one should never expect to get any shortcuts at all. 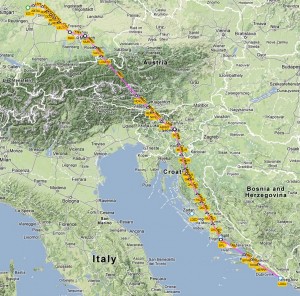 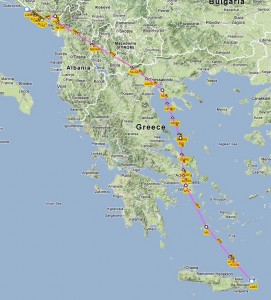