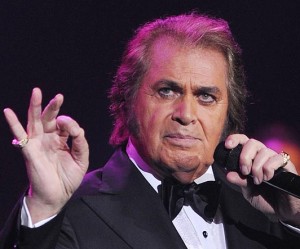 Friends of Markus know very well that he wouldn't go anywhere without his favorite music performed by Engelbert Humperdinck. The airplane cockpit is no exception to that rule. Therefore I have undertaken the task of coming up with a technical solution to Markus' musical needs. Of course there's something in it for me, too: when you're listening to music, you can't make your copilot's ear bleed and I can focus on more pleasant conversations (with air traffic control) and just relax and enjoy the view.

All modern planes have a so called "audio panel", a sort of mixer. In smaller aircraft with poor sound insulation (well, you're really damn close to the engine), everbody usually wears a headset and the modern ones even come with active noise cancelling. The headsets are connected to the audio panel which provides a plethora of options.

You can set it up to have all people on board communicate with each other, separate the passengers from the pilots, make passenger announcements from the cockpit to the passengers (yes, just like in a big airplane!), select different radios (even separate ones for each pilot tuned to different frequencies) and last but not least isolate the pilots from each other — a feature surely designed with Markus in mind. When having my audio panel installed, I had them put in a connector for an external music planer. The audio panel is very smart in that it will playback the music but automatically mute it when a radio call comes in or the pilot pushes his microphone button. Nobody has to be afraid to miss important radio calls when rocking one's socks off above the clouds.

The audio connector is a cable with a headphone plug (just like an iPod earphone) but that's really oldfashioned and not something I would dare to offer to Markus. Imagine the iPhone connected with a long cable which gets in the way and leaves the pilot bonded. A recently released audio panel includes a Bluetooth receiver for wireless music and that feature only costs 1000 € extra. 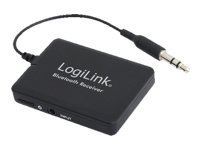 Luckily there is a chaper option, more precisely a 16,56 € option. This little Bluetooth receiver box with an integrated rechargeable battery gets hooked up to the earphone plug and stowed away with the cable in the side pocket. Now the mobile phone needs to etablish a Bluetooth connection and Engelbert starts singing for Markus. This works so well that I just ordered another box for my car. When I complained with my BMW dealer that my car wouldn't allow me to use Bluetooth for music, he recommended purchasing the 2012 model. I was not convinced.