A little background in flight planning for our non pilot friends. The weather is the main factor her and wind (mostly determining our speed over ground) and the the different types of clouds are most important. For planning our route, we have gotten to like a chart called “GRAMET” which is a prognosis based on a computer weather model (GFS) and giving an aeronautical weather forecast for a specific route.

The above example shows the GRAMET for our planned trip from Dubrovnik (LDDU) to Heubach (EDTH). As Heubach isn’t really of international relevance and does not have a weather station of its own, we selected Stuttgart (EDDS) as our destination — just around the corner.

On the picture you see the profile of the surface, showing that our journey starts at sea elevation (0 feet), leads us over the Alpa and later the Swabian Jura. The highest elevation is somewhere in the Alps at roughly 10,000 feet (3,300 meters).

The red dotted line represents the 0°C border. You can see how it moves lower as we get further north. Also you can see the different layers of clouds and their types. On the left you see a few towering cumuli, those are clouds of large vertical extent one tries to avoid due to strong up and down drafts — meaning turbulence. Also there is precipitation forecast in Dubrovnik. The green areas with the strange read symbol mean that there is danger of icing meaning there are water droplets with less than 0°C waiting for a Cessna to come so they can instantly freeze and stick to the leading edges. Not the best thing for us as we don’t have deicing equipment like airliners, meaning we cannot get rid of the ice and therefore get heavier and less aerodynamic and at some point would no longer be able to hold our altitude.

You can also see that for some areas we would expect clouds from the surface up to flight level 200. In principle, clouds are no problem but flying inside clouds for hours isn’t very entertaining and with one engine there is always the theoretical danger of a failure and being able to see the surface and finding an emergency landing spot is a great advantage.

All in all not the optimal weather. We should be able to take off avoiding the towering cumuli but with the Alps inside clouds a technical problem would turn into a huge problem. In addition to that icing on the north side of the Alps where at some point we’d have to descend for landing.

So we have to look at different route alternatives (for example going further west via Italy where the weather should be better), hope for a positive surprise or stay grounded tomorrow. The latter option isn’t the worst one considering the fantastic spa of our hotel (besides the fact that I’d have to visit it together with Achim).

Our trip requires some special equipment. On top of the survival equipment (life vests, life raft, signal flares, first-aid kit, etc.) we have to carry some technical equipment helping us with in air navigation/communication and properly documenting this adventure. In the best case, the documentation will let us keep the memories of this trip alive, in worst case it will be useful information for the aviation accident investigation authorities.

The following equipment will be carried on board: 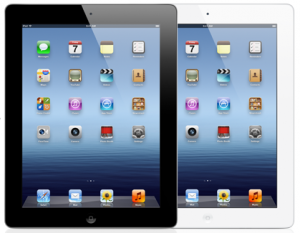 The primary tools for planning and performing the flight are two Apple iPads. Those devices are a perfect fit for the cockpit and are being relied upon by commercial airlines. We use them to get up to date weather information and warnings from the flight deck but also do the complete navigation with digital maps in PDF format. One iPad replaces a whole cupboard of paper documents and in case of emergency provides for a much quicker lookup of important documents than with the impractical large paper charts and binders. Also stored on the iPads are the checklists and operating instructions for emergencies (e.g. engine failure, landing gear trouble, cabin fire). We will carry two devices with identical data so that we have a backup in case an iPad packs up. Also this allows for parallel use of data: one pilot uses the map to navigate and the other checks the approach plate for the required radio frequencies (when both are playing with their iPads, George the autopilot will have to do the actual flying).

SPOT Connect is a GPS tracker with satellite communication, constantly radiating our position to the satellites (which in turn feed the live tracking page of this blog). In case of emergency, our SPOT can alert the rescue crew or send text messages of up to 45 characters to mobiles and email addresses of predefined recipients. On top of that, it can post to Twitter and Facebook and is therefore capable of everything the modern person couldn't do without for more than 30 minutes a day. 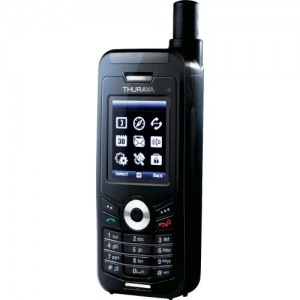 The Thuraya satellite phone allows for making phone calls in areas without mobile phone reception (e.g. in the air), send SMS and even emails. The charges when using it our outrageous so sorry mum, we're not going to call you to discuss the neighbor's cat. The Thuraya phone also acts as a wifi hotspot which lets us access the internet from our iPads in filght. This cannot be compared to your high speed flatrate at but but gives us the opportunity to send important messages, query current weather information and even make posts to this blog. It is all pretty new so there is no experience and at this point we do not know how well Thuraya will work in the cockpit. 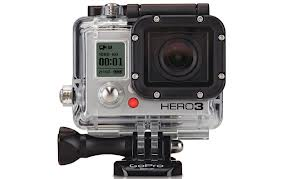 The GoPro video cameras that we are going to carry are very robust and waterproof outdoor cameras delivering fantastic wide angle recordings. They will be an important tool to document our adventure. One camera will go inside the cockpit and the other will be mounted outside on the aircraft’s hull. The GoPro app on the iPad and mobile phone provides a convenient feature to remote control the cameras so we can turn them on and off as required. 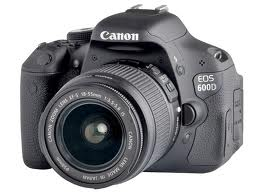 For still images, we also carry a Canon EOS SLR camera with an all round lens. Last but not least, two laptop computers are part of our equipment so that we have a good platform to post to this blog and prepare our next legs. 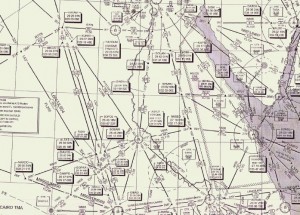