Markus' Learjet is currently grounded due to unexpected long delivery time for the new snake leather seat covers so we have to resort to Achim's Cessna for this trip. 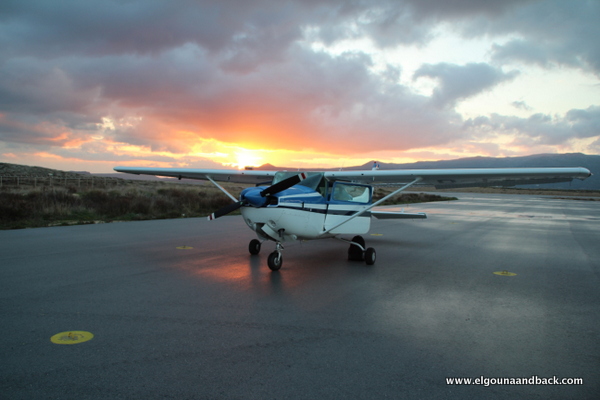 The TR182 marks the top end of the 4 seated Cessna product line. She was in production from 1979 until 1986 when Cessna ceased production of all piston aircraft due to the excessive product liability costs. When Cessna restarted production in 1998, the models with retractable gear were not picked up as cost in today's money would have been too high. Until today there is no comparable aircraft that can match the TR182 in power, useful load and cabin size. The Cessna 182 is one of very few aircraft able to carry both full fuel and all seats filled while still being within the maximum takeoff weight.